It was Sunday, barely past noon. Washington led Arizona 2-0 in sets and 22-11 in the third. Perhaps it was finally time for the Huskies to start thinking about Stanford.

“That's been the match all season that people have been talking about,” said Krista Vansant after the match. “We’re excited.”

Stanford. Ever since 2001, when Jim McLaughlin arrived at Montlake and John Dunning started in Palo Alto, no other conference rivalry has had as much impact as Washington vs. Stanford. Consider: 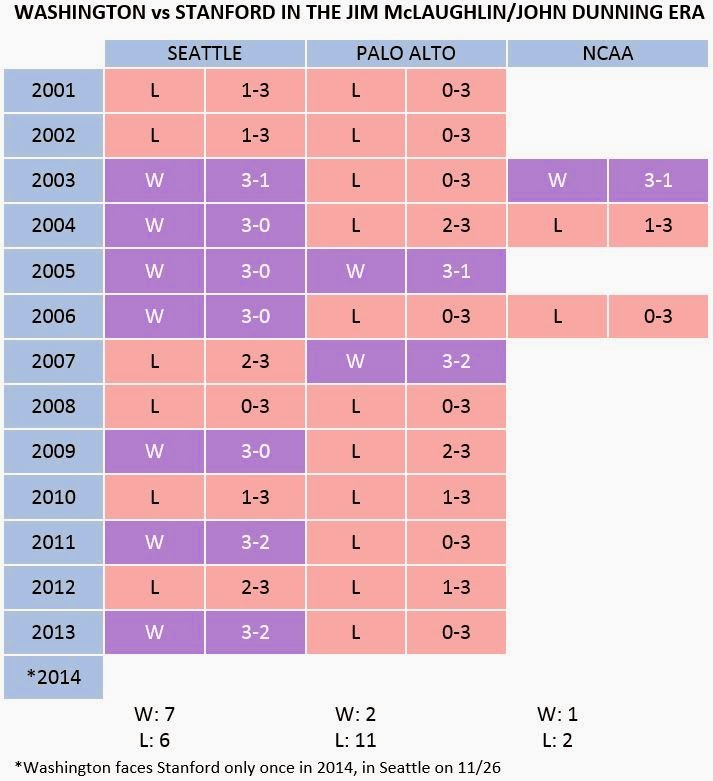 Sadly for college volleyball fans everywhere, the Pac-12’s unbalanced schedule eliminated this season’s Washington visit to Stanford. But that adds even more drama to Stanford’s Seattle trip Wednesday night, as both teams vie for number one seeds in the 2014 NCAA Tournament’s four Regions. If the Huskies prevail Wednesday, both teams should snare two of the four number one slots.

But let’s get back to that 22-11 lead in Sunday’s third set. The Huskies had been sailing. It was, to that point, perhaps their most complete match of the season. Kaleigh Nelson had 6 kills, completing a weekend when she had a combined 15 kills and just 2 errors on 25 swings (.520). Krista Vansant had 15 kills for another impressive weekend: a combined 32 kills and 4 errors on 62 attempts (.452).

But the real story against ASU was Melanie Wade. The junior middle blocker hit .909 for the match, 10 kills and no errors on 11 swings, adding five block assists, strong serving and great defense. She seemed utterly composed, and fully engaged in the mental side of the game.

“Mel’s unbelievable,” said McLaughlin. “One of the smartest kids I’ve ever coached. Ever. In 25 years as a head coach.”

“Her defense—in the back row and the front row—is always mind-baffling good to me,” said fellow middle blocker Lianna Sybeldon. “I don’t know how she does it.”

In that third frame, it seemed Washington was about to rack up a second straight 25-11 set. Tia Scambray had been on a tear, in one stretch recording six kills in her rotation across the front line. But at 22-12, Scambray was blocked. Two ASU serves later, she was blocked again. Two more serves, she was stuffed a third time. That late 7-0 ASU run—finally ending with a Courtney Schwan kill—was very much on McLaughlin’s mind right after the match.

“It’s a good lesson to learn before the tournament.”

That said, McLaughlin at long last gave his players the green light to talk about Stanford. They did not shy from the subject.

“I’m looking forward to it,” said Sybeldon, working hard to conceal a big grin. “We’ve got to go into it ready to fight and battle, not expecting anything to be handed to us, not afraid of anything. I think we have to just go get it. 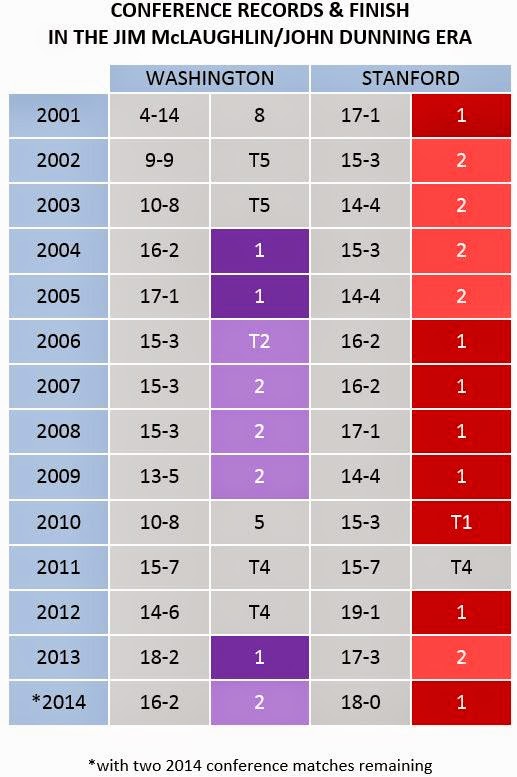 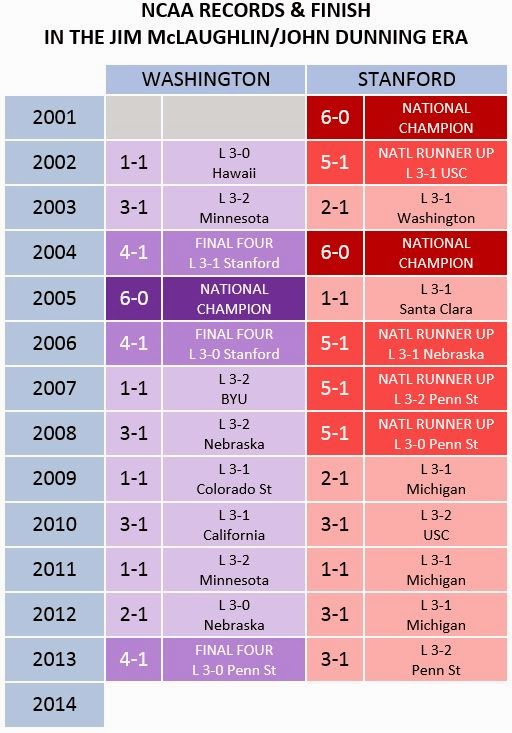