USA volleyball fans won't know until Thursday morning whether Courtney Thompson or Lindsey Berg will take the setter's reins against South Korea in the Olympic semifinals.

There is no reason to suspect that Thompson's bump on the nose--sustained on the final play of Tuesday's Dominican Republic match--has had any significant effect. But much thanks to Seattle's Dave Weitl of Washington Volleyball Academy for passing along his photo of Courtney signaling to her parents that she's bloodied, but not bowed:


Meanwhile, today in London, Berg posted an Instagram photo with teammate Nicole Davis. The ubiquitous blue kinesio tape on Berg's left calf may be another clue that the injury she sustained in Sunday's Serbia match was not to her ankle. USA Volleyball does not officially comment on the health of its athletes. 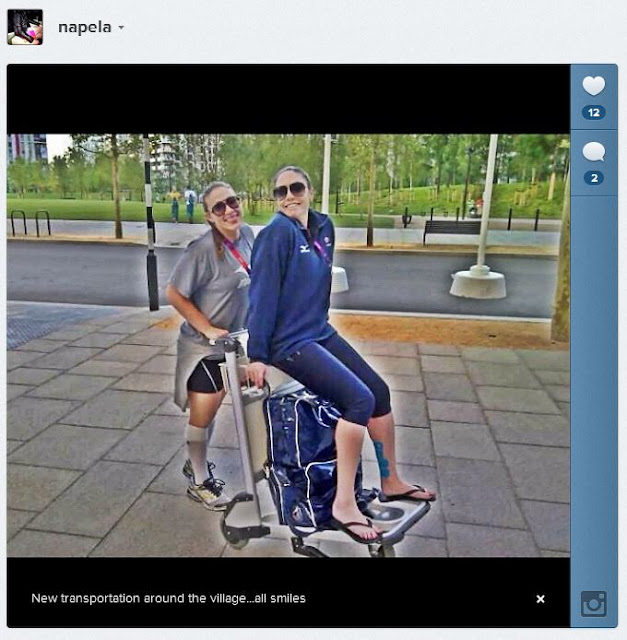